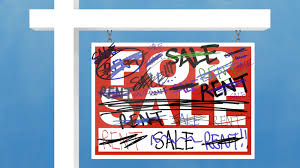 Is there a bubble in Phnom Penh property?

In 2009–10, Phnom Penh property prices fell around 40% and did not recover until 2014. Are we in another property bubble, and what might trigger another crash?

Real estate is booming in Phnom Penh. There are many new developments, and prices have increased significantly over recent years. Land prices in most central areas of Phnom Penh have doubled since 2010 – in Chroy Chang Va they have tripled.

A large number of condominiums have been recently constructed and more are under construction. Over 6,500 off-plan units were announced in 2015 and a further 4,000 announced in the first quarter of 2016, according to CBRE. Much of this is being driven by foreign investment. Bonna Realty Group says there are 33 condo developments under construction.

Fast price growth is not in itself an indicator of a bubble – this growth might be justified by improved fundamentals (a growing economy, for example, or improved land titling). But prices growing much faster than rents is a cause for worry (that is, the price is increasing quicker than the cash flows that underpin its value).

Condo prices in Phnom Penh are around $1,500 to $3,000 per square metre, and villas $1,000 to $4,000. The upper end of this range is approaching Bangkok prices. Such prices are hard to justify, given Thailand’s GDP per capita is more than four times Cambodia’s and Thailand has a better credit rating (that is, Cambodia is more risky).

As competition heats up many condo developments are offering a guaranteed rental return for a period of time. The lower end of these returns (6%-7%) are less than current rental yields for many Bangkok apartments, and are no more than term deposit rates being offered by Cambodian banks. Given that the value of your property may fall (as well as rise), these rates seem insufficient.

The increase in prices appears to have encouraged significant new supply. There will be a 300% increase in the stock of condos in Phnom Penh once projects currently under construction are completed (and there are still more projects that are yet to begin construction).

Who will live in all these condos?

If there is a bubble, when will it burst?

There is no way to know when a property bubble might burst. Possible triggers include an economic downturn elsewhere in the economy (as happened in Cambodia in 2009), a lot of new housing supply hitting the market, or an increase in interest rates.

Another trigger could be when the guaranteed rental yields for condos expire. Owners might decide to sell at this time (they might be forced to sell if they don’t have tenants and so can’t make debt repayments). If too many of these guaranteed periods expire simultaneously, this could result in a fall in condo prices.

Widely available mortgages are also a new feature of the Phnom Penh property market – the IMF says buyers are taking on more credit to buy property and loan-to-value ratios have risen to 70-80%. Leveraged owners are among the first sellers after the market has peaked – particularly if faced with rising interest rates on the mortgage, and falling rental yields. As they sell this adds to oversupply causing markets to fall faster. Given the higher debt levels, Phnom Penh property may experience a harder fall than it did in 2009.

Another trigger might be if the government were to adopt IMF recommendations and place higher capital requirements and risk weights for real estate on banks, and bring real estate developers “under strict regulatory and supervisory control”.

Read here to learn what exactly a bubble is and why property can behave differently from other assets.