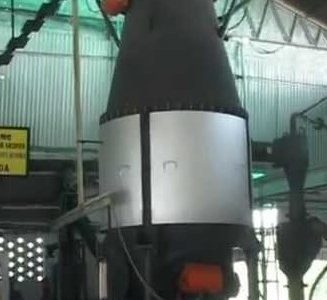 Big changes in the operating environment, caused big problems for a recent program to promote gasifiers to rice mills. Here’s what went wrong and what we can learn from it.

On paper, the Cambodian rice mill sector looked like a perfect market for the adoption of rice husk gasification technology.

A large reason Cambodian rice mills were uncompetitive against neighboring countries was that their fuel costs were very high; many rice mills do not have access to grid electricity and were forced to rely on inefficient oil generators to operate their mill.

Gasifier technology looked like an obvious solution this problem. It makes fuel-gas from a waste by-product of rice milling– rice husks – which is mixed with oil to drive a generator. A fuel combination of 70% gas to 30% oil is considered optimal, and enables the mill to make substantial saving in amount of oil it purchases.

Unfortunately, things did not quite turn out as intended.

In practice electricity produced from a gasifier is not exactly free, as there are some other costs.

The technology needs to be operated assiduously, to be effective, requiring a certain level of technical know-how and staffing. Gasifiers produce their own waste product that needs to be dealt with appropriately. And of course gasifier technology costs money to buy!

Moreover gasifiers are combined with other power generation sources – for fuel efficiency and for backup. Consequently, mills still need oil, generators and ideally a connection to the grid (if they have one).

So in practice selling gasifiers to Cambodian rice mills is quite challenging even in a relatively benign and uncompetitive environment of high oil prices and low grid penetration.

Unfortunately in 2012 the competitive environment got quite a lot worse.

Moreover this growth was primarily around urban and densely populated areas, where most medium to large sized rice mills were found.

This brought cheaper, more reliable power to the doorstep of the mill without the need to invest time and money dealing with gasifier technology….

High quality imported systems from India can cost upwards of $150,000 compared to $40,000 to $75,000 for low quality systems. Even with access to financing to purchase the better equipment, many rice mills continued to favor the cheaper low quality equipment.

Ultimately dissatisfaction with the results obtained from the cheaper equipment impacted the market’s view of gasifier technology in general.

From 2011 through to mid-2014 global oil prices averaged over $100 per barrel[1], making fuel oil expensive relative to fuel gas from a gasifier. The case for investing in a gasifier was therefore strong.

It’s difficult to identify how significantly this affected the gasifier program – falling global oil prices take time to filter through to the consumer.

However it is reasonable to say it didn’t help!

The project started in 2012 but roll out was delayed by 1 year due to the national elections and subsequent ministerial reorganizations.

This delay was very influential, sharpening the projects exposure to the above emerging trends – the extension of the national grid during start and the tumbling oil price at the end of the project.

So in summary, the problems facing the program were the same general problems facing any business – competition and speed – and reflect the general challenge of planning in a dynamic environment.